2CER was his first posting as a Combat Engineer.  His deployment as part of 1st Mentoring Task Force was his first operation, deploying in January 2010.

He was 21-years-old and was born in Cairns, Queensland.

Jacob died as a result of wounds sustained when an improvised explosive device detonated on 7 June, 2010 along with his 2CER colleague Sapper Darren Smith and Darren's explosive detection dog Herbie. 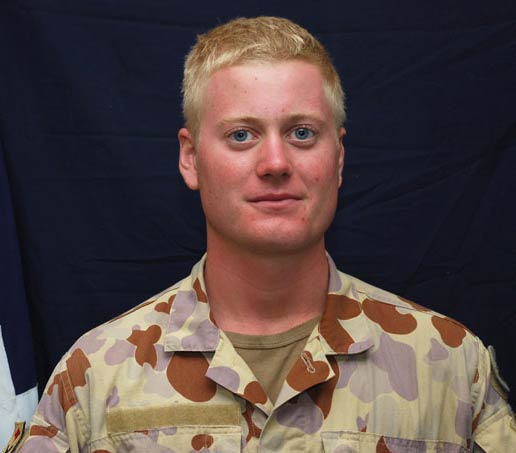