Lance Corporal McDonald was serving with the Special Operations Task Group in Afghanistan when he was tragically killed in a helicopter crash on 30 August 2012 (local time Afghanistan).

Lance Corporal McDonald is survived by his fiancée Rachael, his mother Myrna and stepfather Bernie, and brothers Percy, Roger and Gary.

Lance Corporal McDonald was quick witted and brought a positive energy to both his unit comrades and all those who served with him. A dedicated and enthusiastic professional soldier, he was always willing to come forward with ideas and solutions. He was a highly professional soldier, but his quiet nature and humility meant he always deflected credit back on to fellow members of his Company. 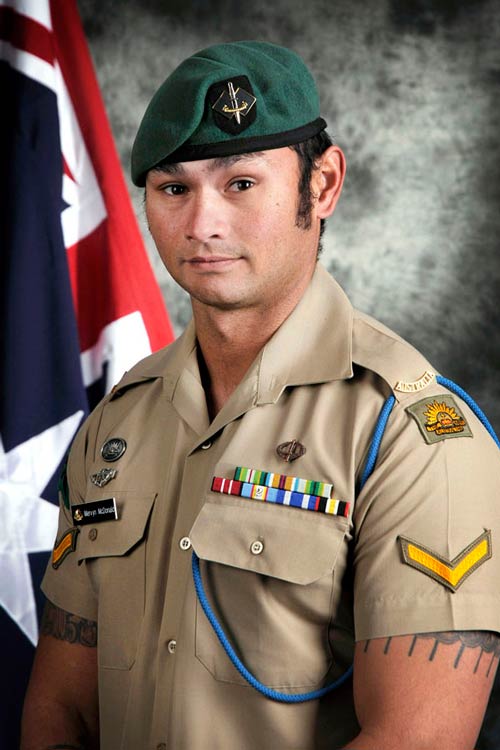