Corporal Atkinson was born in Hobart in 1988. He joined the Army in 2007 and in the same year successfully completed his recruit and combat engineer basic training prior to being posted to the 1st Combat Engineer Regiment based in Darwin.

He was promoted to Lance Corporal in 2009 and displayed strong leadership in bringing his section together during their preparation for operations in Afghanistan. His dedication to his section was rewarded with his promotion to Corporal just prior to their deployment.

Corporal Atkinson was leading his combat engineer section as a search commander when he was killed in action. 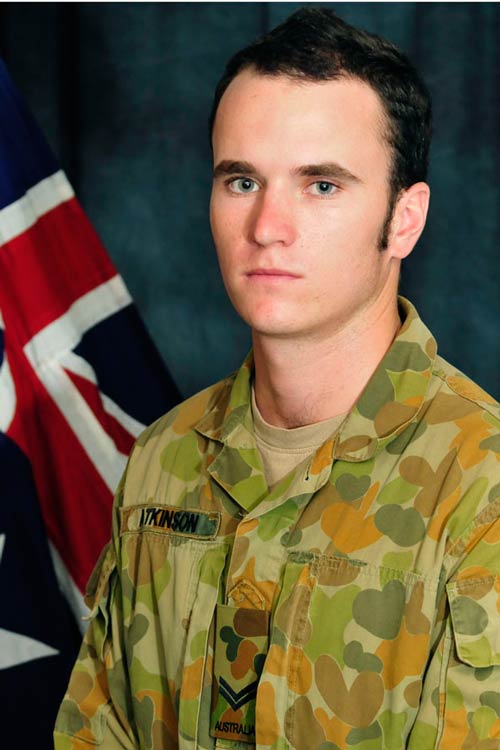