Kuga was born on 23 April 2007 in Adelaide, South Australia and purchased from a private breeder by the Royal Australian Air Force (RAAF). He underwent initial training at RAAF Base Amberley and then relocated to Special Air Service Regiment (SASR) Perth for suitability testing and further training.

In June 2010, he deployed to Afghanistan, and again in June 2011. On 26 August 2011, Kuga was shot and severely injured by an insurgent during a mission. He managed to return to his handler, despite four gunshot wounds and a broken leg. He was MEDEVAC to Tarin Kowt, forwarded on to Kandahar and later Germany for further treatment. Kuga was transferred to Murdoch University Veterinary Hospital, Perth for further recovery.

Kuga returned to SASR after being discharged from hospital, but sadly succumbed to his wounds on 24 July 2012. 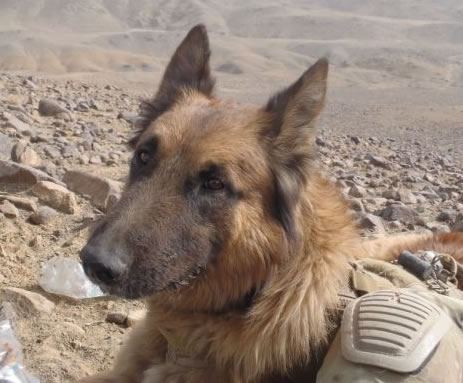