Came from the Sunshine Coast Animal Refuge and was a veteran of the security operation surrounding the 2006 Commonwealth Games and operations in East Timor and Afghanistan.

Merlin, who was killed in a vehicle accident in August 2007, was buried on high ground outside the base at Tarin Kot which is home to the Australian troops. Two soldiers from the special operations group were wounded earlier that day when their vehicle was hit by a roadside bomb. 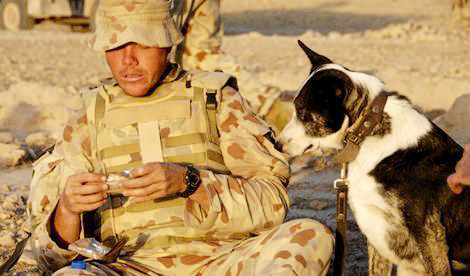