“Visit, reflect and remember the price that has been paid for the freedoms we all enjoy and yet can so easily take for granted.”

The Afghanistan
Avenue of Honour

The funeral service for Afghanistan casualty Private Benjamin Chuck held at Tinaburra on the shores of Lake Tinaroo just outside Yungaburra township on 1 July 2010 was attended by more than 1000 people and generated strong awareness in the local community of the service and sacrifice given by members of our Armed Forces in defence of our country and way of life.

The idea for the Avenue of Honour arose from a speech given by Ex National Serviceman John Hardy at the Yungaburra Anzac Day Ceremony in 2012 when he said that "There should be a living avenue of trees on the Tinaburra Peninsula to represent every digger we have lost in the Afghanistan Campaign." These words proved to be the catalyst for Benjamin Chuck's parents, Susan and Gordon, to begin the push to build the magnificent Avenue of Honour which now serves as Australia's first living memorial to all who served in the Afghanistan Campaign.

With strong support from the Yungaburra Business Association, a fundraising campaign began to turn John Hardy's idea and the Chucks' vision into reality. An active campaign to promote the concept to the highest levels of the Defence Force and all three levels of Government followed.

This small local initiative rapidly gained support from all levels of government, the Defence Force, State and Regional RSL bodies, business and community groups and private and corporate sponsors. It is a place of peace and beauty , a place of healing for our serving and retired defence personnel and a place of reflection for all to come to honour those who serve in our armed forces.

The project has generated a strong sense of community ownership shown by the high level of private sponsorship and donations which have provided the major share of the funds required for construction and on-going maintenance of the Avenue. This overwhelming community support, coupled with financial support from Federal, State and Local Governments has been crucial to the success of the project.

The vision becomes a reality

In October 2012 The Tablelands Regional Council unanimously approved the allocation of the site on Tinaburra Peninsula for the creation of the Avenue of Honour and an intense construction phase began culminating in its completion in time for the official opening by the Chief of the Defence Force, General David Hurley on 22 June 2013. The opening was attended by the then Prime Minister Julia Gillard, Opposition Leader Tony Abbott and more than 5000 people.

The Avenue with its 250 m of sand coloured path representing the barren Afghanistan landscape, twin rows of Illawarra Flame Trees and Central Monument symbolizes 'the final journey home' of the Fallen. It comprises 3 main elements:
- The entrance and pathway to the Central monument
- The Monument and The Honour Board
- The journey home leading from the Memorial

A plaque representing each one of the 42 fallen soldiers (40 killed in action plus one training casualty and one non-combat related death) from the Afghanistan Campaign is present on the Honour Board adjacent to the Memorial. The centrepiece of the Memorial is a cairn of stones sourced from Afghanistan surmounted by a pair of sculptured wings in full flight depicting the contributions made by all services and symbolizing the undaunted spirit of the Australian Digger. The Avenue has all night lighting with the Honour Board and Monument bathed in blue light.

The Afghanistan Avenue of Honour Association

The Afghanistan Avenue of Honour Association was formed in 2013 to manage the maintenance and on-going development of the Avenue. The Association has representation from ex-service personnel, Tablelands Regional Council, the business community and the general community. It also carries on an active fund raising effort , sourcing grants and donations to support its on-going maintenance and development programme.

Friends of the Avenue

The Association has established a "Friends of the Avenue" support group with more than 300 members from across the North Qld Region. These people assist in many ways through promotion, fundraising and volunteering their time and labour for working bees and other activities.

While the Avenue has become an important ceremonial site for ANZAC Day Dawn and Remembrance Day Services, it continues to attract hundreds of visitors every year who take the opportunity to visit and reflect on the ultimate sacrifice the fallen have made for our country.

The establishment of the Afghanistan Avenue of Honour at Tinaburra on the shore of Lake Tinaroo adds another chapter to the rich military history of the Atherton Tablelands. During World War II the Tablelands was a major staging and training area for troops who were on their way to New Guinea and other Pacific Region combat zones. There also was a large military hospital at Rocky Creek which treated thousands of casualties from these conflicts. In 1942, Army Engineers surveying locations for campsites and training areas on the Tablelands noted that there was an ideal site for a major dam at Tinaroo Falls on the Barron River. That information was passed on to civil authorities and the Tinaroo Dam whose waters now surround the site of the Avenue was completed 16 years later in 1958.

After the 9/11 attacks on the United States, the Bush Administration demanded the Afghan Taliban Government turn over Osama Bin Laden for trial. On refusal of their demands the Americans commenced bombing Afghanistan on October 7th 2001.

The Taliban endured significant losses and by December 2001 had fled to the mountains and an interim Government led by Hamid Kazai and supported by the US took over the reigns of Government.

For the next ten years the United States and its allies including Australia pursued the Taliban throughout Afghanistan.

Operation Slipper is the Australian Defence Force (ADF) contribution to the war in Afghanistan. The operation commenced in late 2001 and is ongoing. ADF participation included two major activities centred on Afghanistan and the Persian Gulf.
Operation Slipper (wikipedia entry)  >> 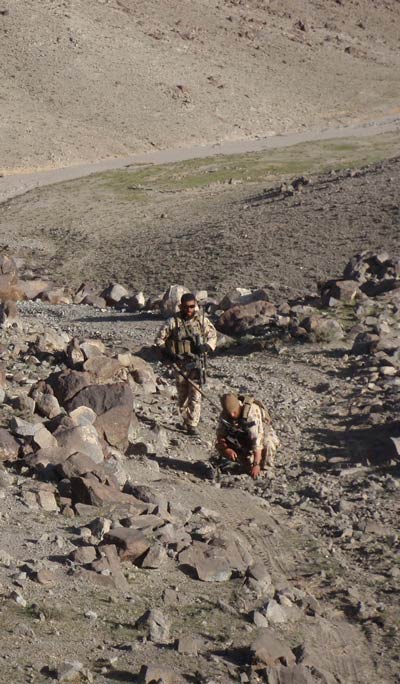 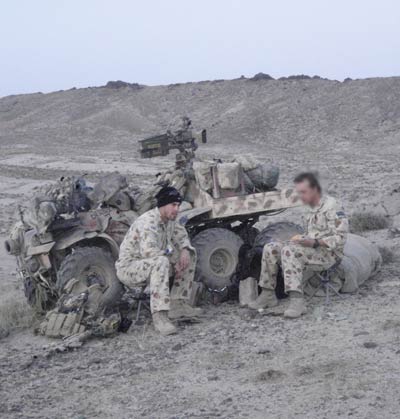